All the pretty places

We left a cloudy Canberra for Bega at around 11ish on Saturday. Once we got past Cooma and the turn off to the snow, the traffic lifted and it was pretty easy sailing from there.  We stopped for a sneaky pie in Nimmitabel, but I have to say – I think the pies in Bemboka are better. 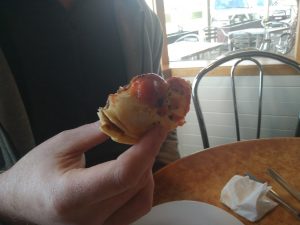 I was a frequent traveller of Brown Mountain, as my grandparents use to live in Tathra and we would spend many school holidays in this part of the country. We would always take bets on what would slow us down on the Mountain – a truck; a boat; a horse float; an L-plate; etc. This time it was the unexpected:

Our first stop was to Dulcie’s Cottage in Merimbula to see some friends. Both Scott and I agree this is one of the best uses for a historical cottage. My last visit here was a very late at night with way too many espresso martinis, but it also holds just as well during the day. We had a cheese plate and some chips, accompanied with a couple of glasses of wine; friends had the burgers which looked fantastic! We said goodbye (not without Scott taking the chance to show off the van set up once again) before moving on to find our campsite for the night.

On reflection, this was a trip of pretty things and fantastic views. I think it will be better if the pictures speak for themselves from here:

Highlight: Lots of campsites to choose from which are spread out from right on the water, to further back in the bush. Being June, we were the only ones in our site which was lovely and private, but you could still hear the waves crashing throughout the night.

Negatives: a nosey possum that kept Scott up at night! But seriously, most the sites aren’t completely flat meaning the van was on a slight angle. Scott and I were snuggling pretty close most of the night. 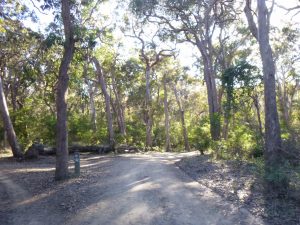 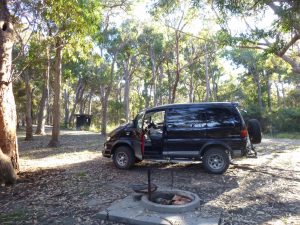 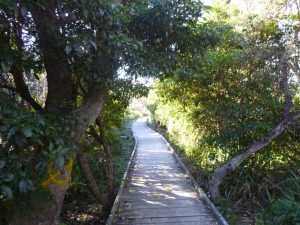 For dinner with had Brinner (breakfast for dinner) – mainly because Rosie forgot to order meat and the last minute steaks from the freezer were yet to defrost. That, and Rosie was a little tipsy, and who doesn’t love some tipsy bacon!

Just stunning. The water was freezing so only managed to dip my toes, but it was just lovely to stroll along.

There were many warning signs about swimming in this area – but there was still a brave surfer taking on the waves! 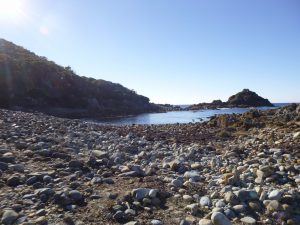 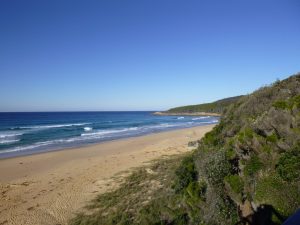 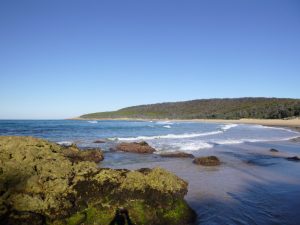 So lovely to chill in the sun! Even though it was only 16 degrees, this was a great place to chill. Not a lot of people on this beach in June! 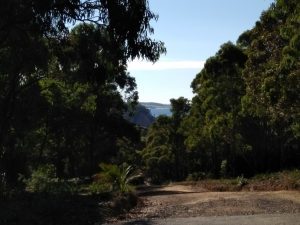 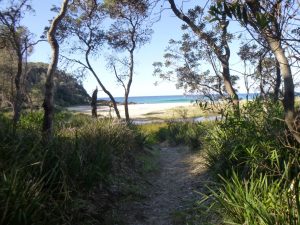 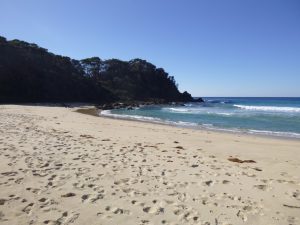 Highly recommend the Squid rings that were marinated in coconut cream, before battered with panko breadcrumbs –delicious!

This was actually a bit of a memory trip home for us. We first took this track about 5 years ago when we had just first started seeing each other. We stayed at a campsite near Moruya, and that’s when Scott first asked me to be his girlfriend (cue the mouth vomit and awwws!). Who would have thought that 5 years later we would be taking the same track again but as a married couple!

Not having rained recently helped with the track not being too bumpy. The bed stayed attached to the floor (unlike the Suzuki’s dashboard when we last took the road), and no real issues passing other 4WD on the one lane track. 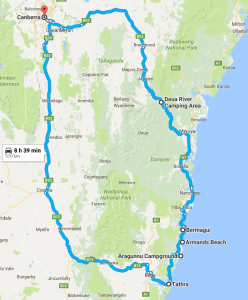 We did not make excellent time and stopped to check out the Deua River Campsite. Again, another stunning spot that we are definitely putting on the list for next time! 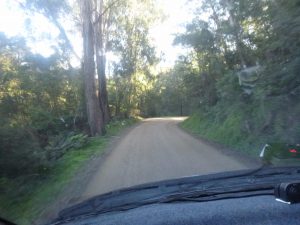 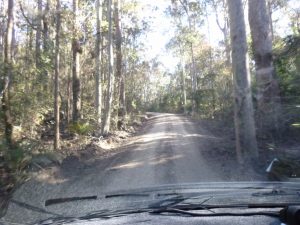 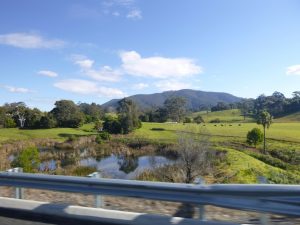 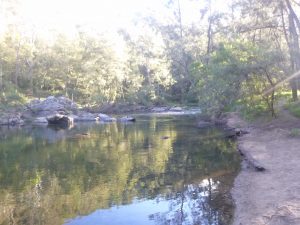 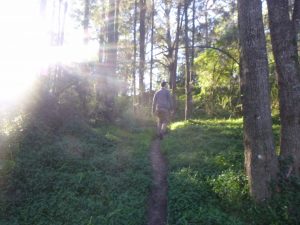 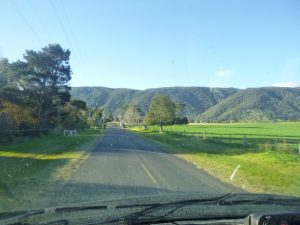 I think I might change careers and take on being a nature photographer, as I seem to have just raw talent for it 😉

I swear there was animals there…