Back to Flea Creek – Brindabellas September 2018

As we count down until the end of the year and things changing for good, we thought it would be good to get away from it all and go back to the place that we first went to in the newly built van: Flea Creek Campground in the Brindabella Mountains. In the process, we got to help a friend try out his brand new ute and tackle the toughest 4wding we’ve ever done with the van.

We left home on Saturday morning and headed west to meet up with our friend Jarrod out the front of Stromlo Observatory.

He’d just bought a new Navara and was looking for a chance to try it out on a dirt road. We headed towards the mountains, heading up Brindabella Road until the right-hand turnoff for Gentle Annie Trail.

The last time we went down this road/track it must have been graded recently, because this time the road was much rougher and there was a lot more washouts. The Navara is stock with dealer tyres, but it coped with all the steep downhill sections very well. Jarrod stayed behind us at a safe distance and took the same lines as the van. It’s not a long drive, only about 15 minutes or so, but it’s very fun and technical without being too dangerous or risky. I wouldn’t recommend any SUV’s trying it though in its current state, as there’s a very good chance you’d get down and not be able to get back up.

Once down at the campsite, we had a look around, checking out the picnic area and swimming spot (no chance, water was very cold), before heading back to the same campspot we’d camped in in January 2017.

Setup took very little time and we helped Jarrod out with helping him set up our loaner 4 man tent. We then proceeded to show him the finer points of glamping with Scott and Rosie – cold beers, cold wine, cheese, biscuits, chips and many, many other foods.

We sat around in the surprisingly warm sunshine under the gumtrees next to a small creek and just enjoyed not having any mobile reception. Rosie even managed an afternoon nap after enjoying a very, very small bottle of Moet. 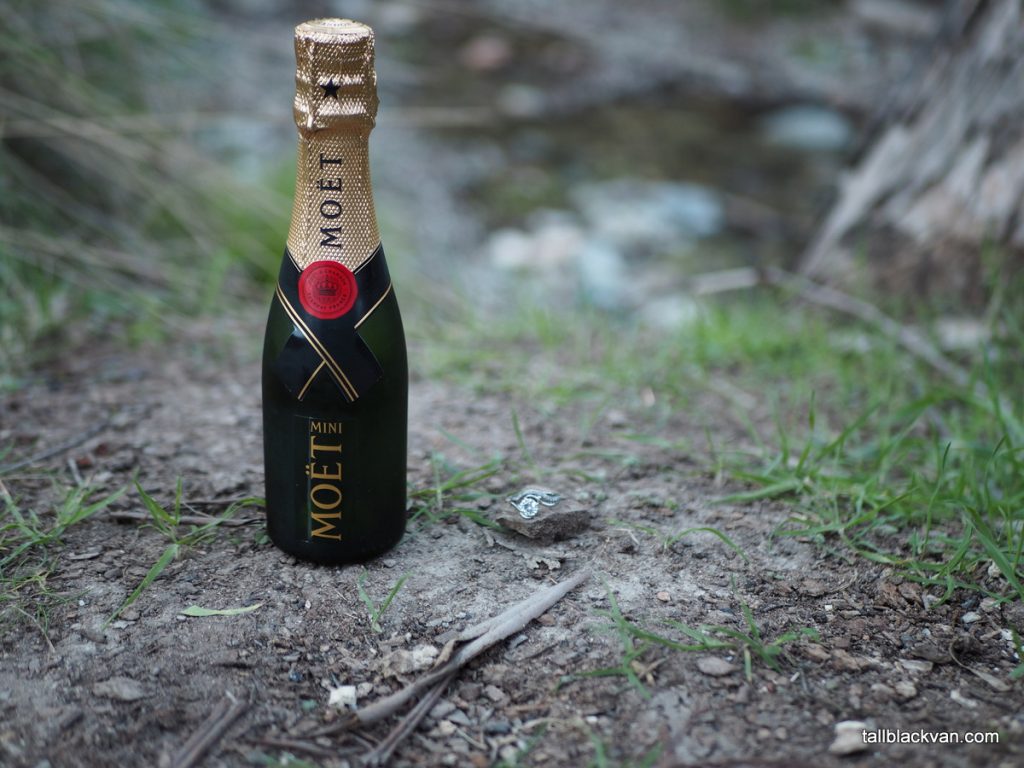 I managed to annoy our camping neighbours a couple of times in the afternoon flying my new drone. It’s only a second hand Mavic Pro, but it’s much, much better than my previous practice drone. Still need to learn the art of colour balance and video editing, but below is a small look at the campsite and a bit of the drive out the next day.

Dinner was fajitas, cooked by the only one of us still sober (thanks Rosie!). We had a small fire going, and Jarrod cooked some potatoes in the embers with mixed results. A lot of margarine was used in the eating process. Weirdest part of the night was when the local hoons came barrelling through the campground at around 10pm, but stopped and yelled out ‘Go the Delica!’ as they passed our site. Apparently they were fans? A civilised early night for everyone. Night was cold, about 3 degrees, but we closed up the van and did pretty good. Jarrod almost died of heat exhaustion in the middle of the night due to overdoing it with the layers and extra clothes.

Breakfast was some bacon wraps due to a mixup involving eggs, and then we packed up camp and left Flea Creek via the other route out, Webbs Ridge Trail.

This track is was in a much worse condition than Gentle Annie the day before, with some very deep ruts and gullies across very steep sections. The road just keep going higher and higher into the mountains. Low range 4wd was a must on this track. This was the hardest test the van had gotten through and it did it very well. Jarrod’s Navara did the track quite well also; for a stock vehicle it performed very well. Both of us would have had very limited chance of getting up this track if the weather had been wet though. We were fortunate it was very dry on the day we went through. 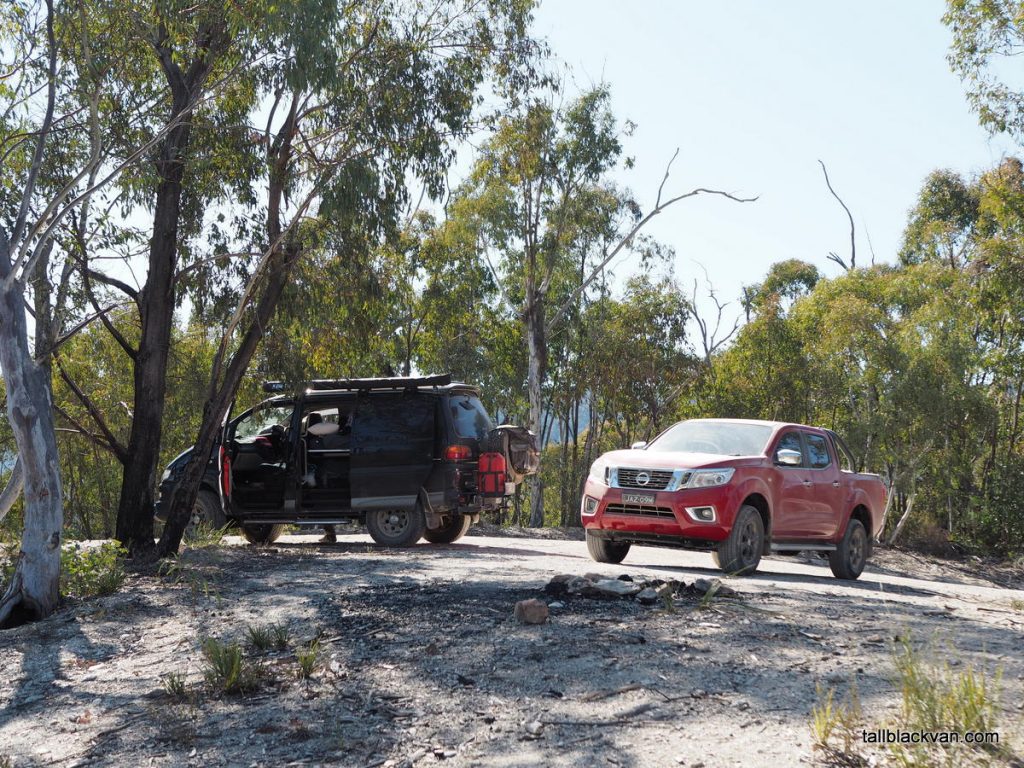 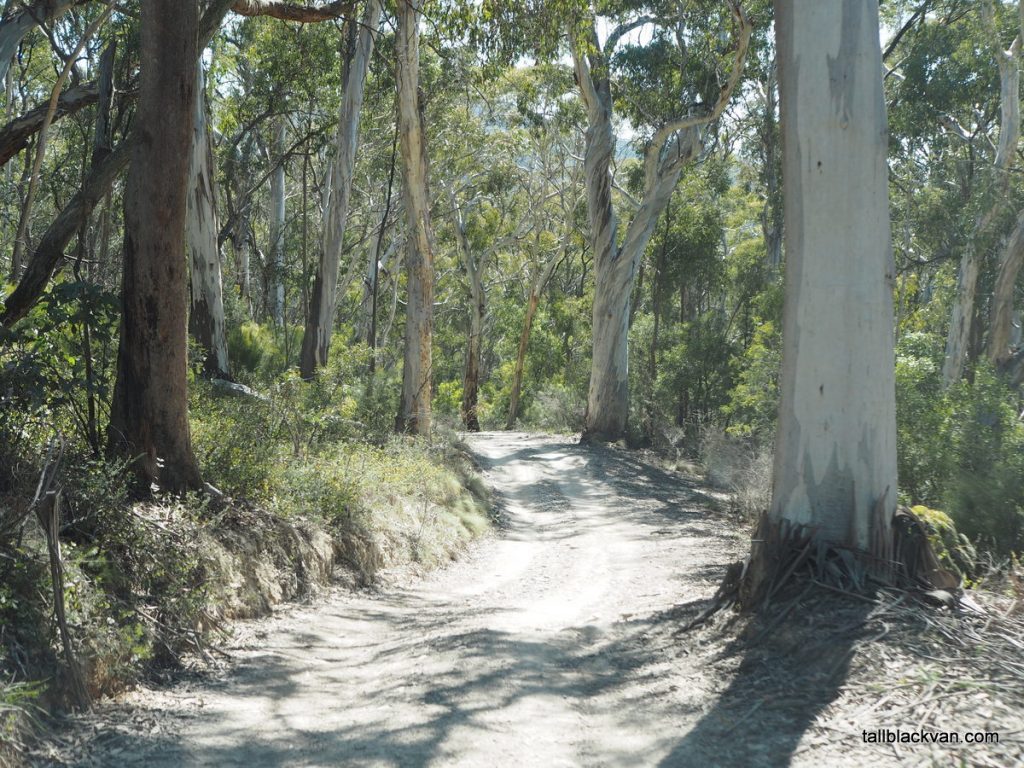 Some of the less eventful section of track were automatically saved by our dash cam when we hit a big bump and set off the g-force sensors. I’ve included some very rough footage at the end of the drone video above. 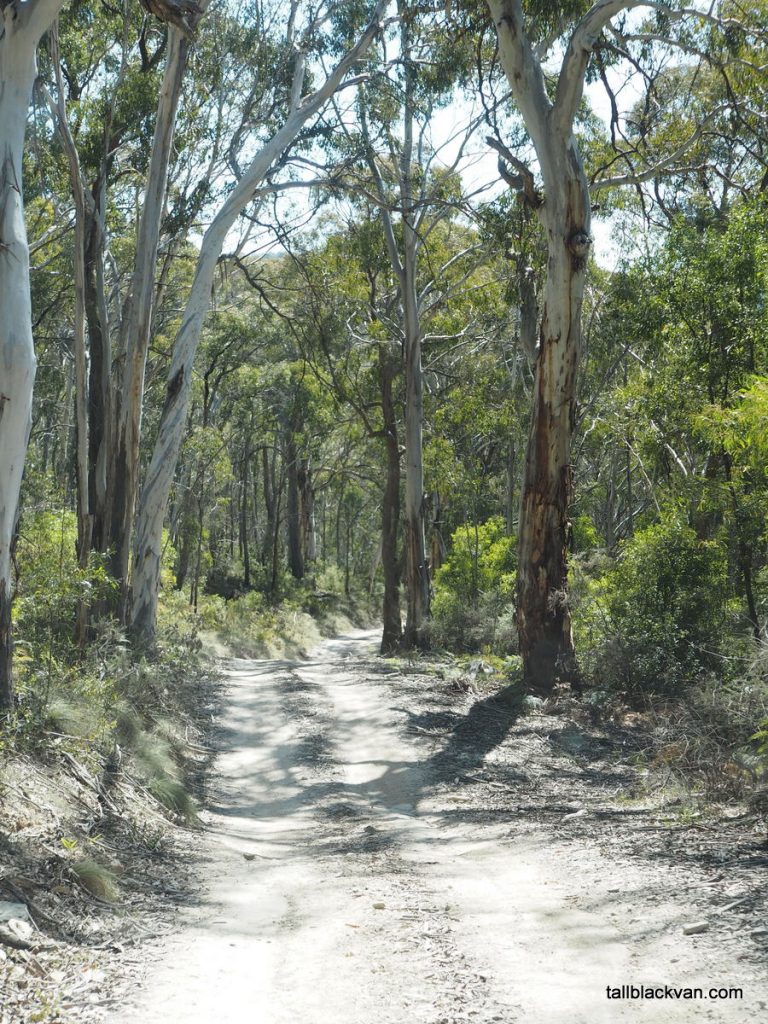 After driving around the National Park for a few hours, we made it back onto Brindabella Road and headed back into town. Both cars were very dusty. Being a brand new car, Jarrod immediately spent the rest of the afternoon cleaning and buffing the ute. The van got us home and we just left it as is, as always. It’s probably due for a clean sometime in 2018, will have to check my schedule.

Big thanks to Jarrod for coming out with us and not being too precious about his shiny, brand new car getting scuffed and dirty. Great driving from him as well, despite limited off road experience. We’ll definitely try get out that way again, as there’s three other campsites in that area that we haven’t tried out yet. 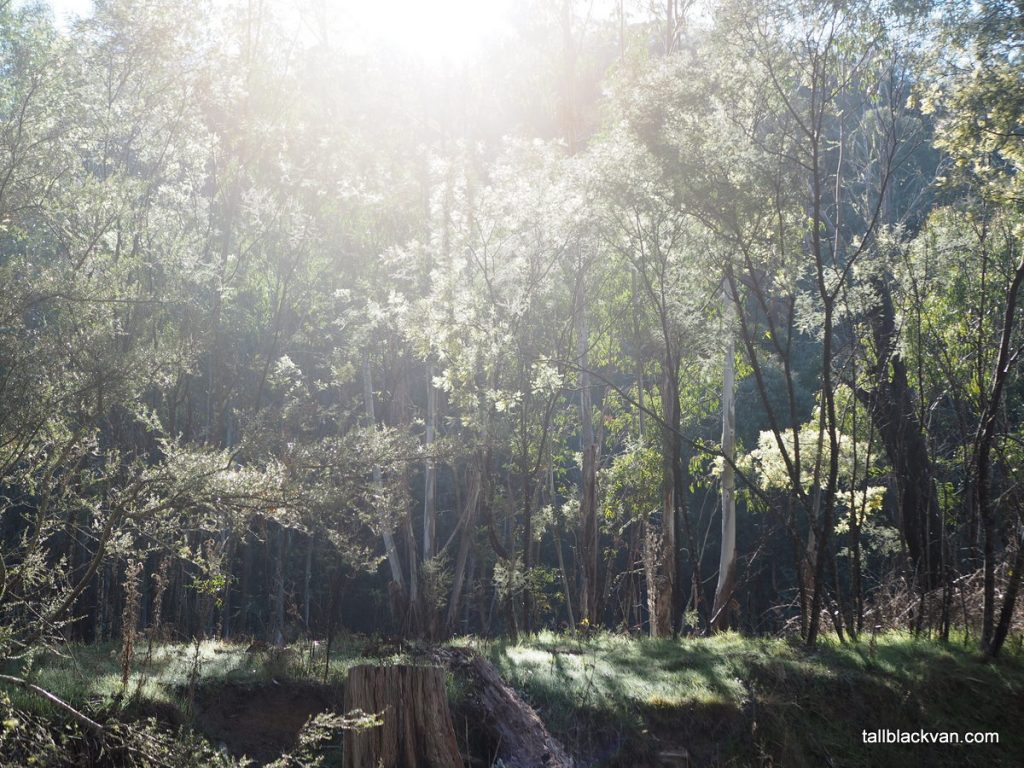 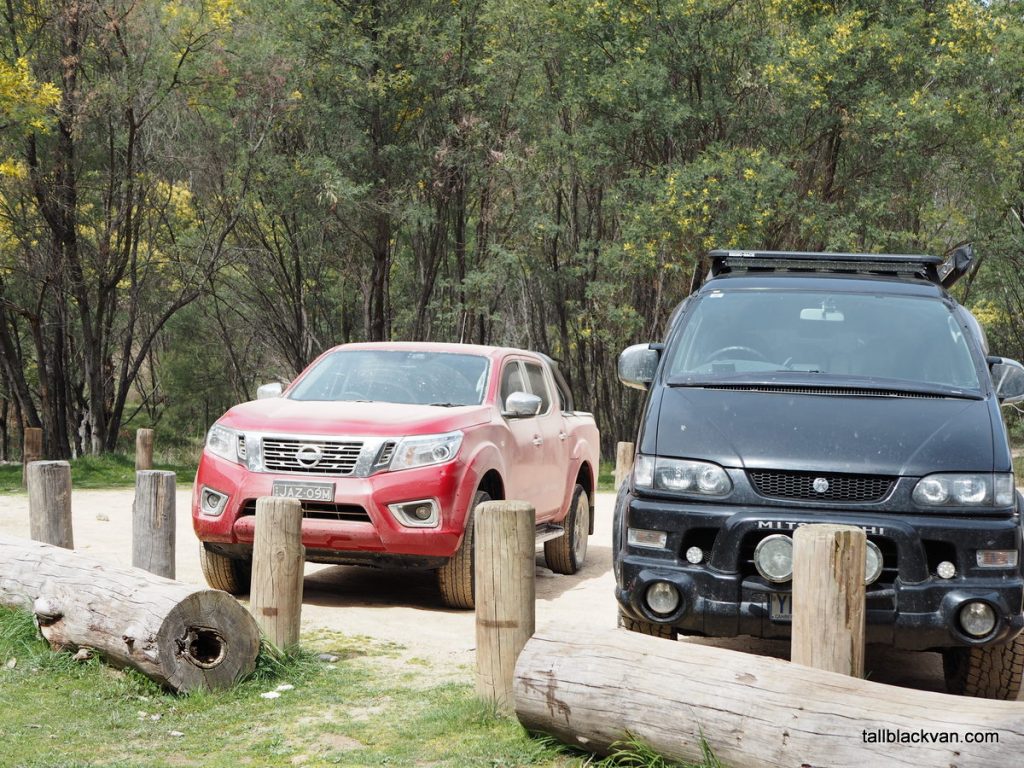